Automotive Manufacturer of Shepperton , Surrey;United Kingdom from 1989 to 1994 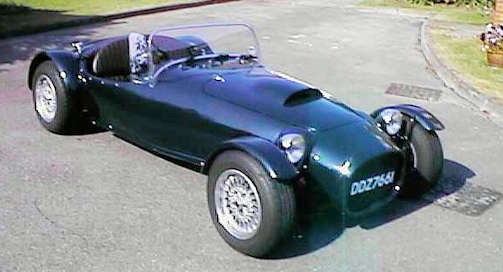 Nelson Motors was a British manufacturer of kit type automobiles . The brand name was Nelson .

1989 Bryce Nelson founded the company in Shepperton in Surrey . There he started producing automobiles and kits. In total, about 14 copies were created.By 1994 ended production.

The only model was the S 350 . This was a bigger type sports car in the style of the 1950s unlike the normal lotus 7 style. The chassis was made of steel . An open two-seater fiberglass body was mounted on top. The wheel suspensions came from the Jaguar XJ 6 . A V8 engine from Rover drove the vehicles.