Automotive manufacturer of Bradford , West Yorkshire.Great Britain from 1984 to 1986. 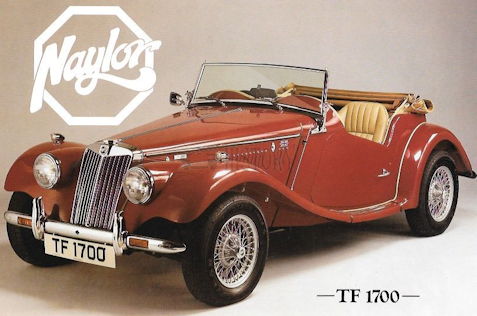 Naylor Brothers was a British restoration company and manufacturer of kit cars and automobiles in the 1980s .

The brothers Alistair and David Naylor founded in 1966 the company in Bradford in the county of West Yorkshire . They began with the restoration of old vehicles, especially MG . In the summer of 1984, they presented their first own vehicle. This started the production of automobiles and kits . The brand name was Naylor . In July 1986, the production ended when the company was liquidated . In total, about 100 copies were made.

Hutson Motor Company continued production under its own brand name.

The only model was the TF , also called 1700 TF . The Naylor is hand built in limited numbers by craftsmen using traditional skills and yet incorporates the latest technology to make it efficient, reliable, very drivenble and comfortable the pre built cars had Wax injection of chassis frame with full synthetic undersealing .

It was a replica of the MG TF . The base was a 94" wheelbase chassis . The body was made of steel .Independant front suspension A four-cylinder engine from the Morris Ital with 1700 cc capacity propelled the vehicle to 93 mph with 70 BHP. Four speed gear box with Solid rear axle 3.636:1 ratio and 14" wire wheels .metallic paint choice as a option. 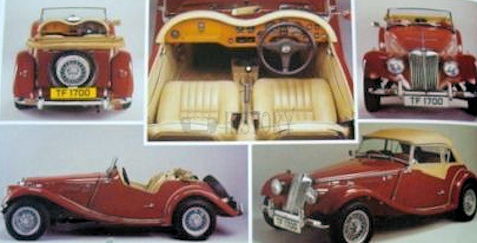