Carmakers manufactured in Manchester.Great Britain from 1904 to 1905. 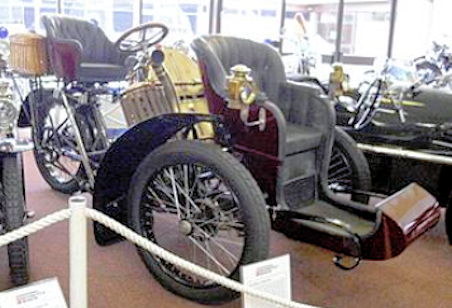 National Motor Company was a British manufacturer of automobiles in the early part of the 20th century .

The only model was a open Tricar , a tricycle with a single rear wheel. The driver sat on the back of a motorcycle saddle. Between the front wheels was either a seat made of basket for a passenger or a box for cargo. A water-cooled single - cylinder engine from MMC with 4 hp power drove the vehicle. The transmission had two gears.

There was no connection to Rose Bros. of Gainsborough who used the same brand name.