Automotive manufacturer of Wellingborough , Northamptonshire.Great Britain from 1988 to 2002. 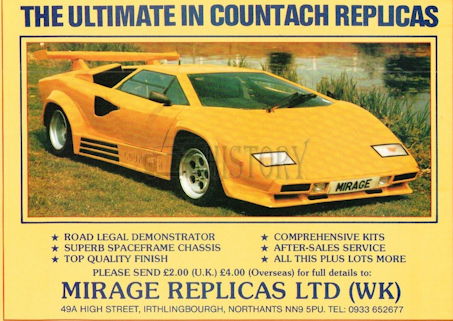 Gary Thompson, who previously led Venom Cars , and Phil Cheetham founded the company in 1988 in Wellingborough , Northamptonshire . They started with the production of automobiles and kits . The brand name was Mirage . From 1991, Cheetham led the company alone. 2002 ended the production.

The only model was the Countach Replica , a replica of the Lamborghini Countach . A spaceframe chassis formed the base. Then a coupe body made of fiberglass was mounted. Various engines from Ford Granada and Ford Scorpio , V6 engines from Renault , V8 engines from Chevrolet and Rover and V12 engines from Jaguar Cars powered the vehicles.In total, about 70 copies were made.

DH Supercars , led by Dave Harrison and Clive Dingwall, continued production under the brand name from 2004 to 2007. 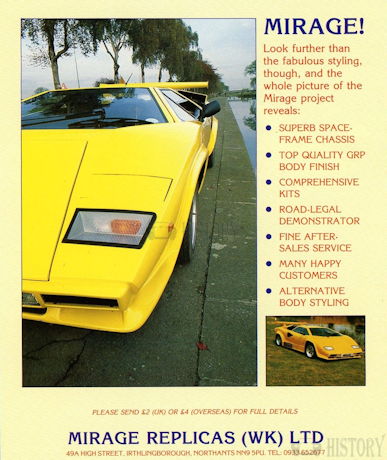