Automotive manufacturer of Great Britain from 1901 to 1914. 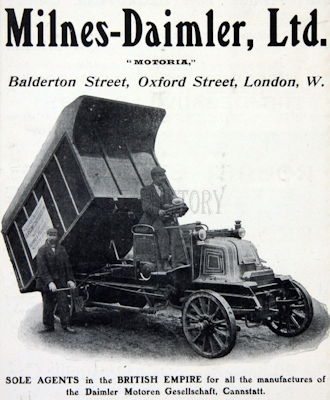 GF Milnes & Company Ltd. was a British manufacturer of automobiles and commercial vehicles in the early part of the 20th century.

The company from Wellington originally produced tram cars. 1901 began the production of automobiles. The brand name was Milnes . 1902 ended the car production. Commercial vehicles including the  largest provider of buses at  the time, which were also marketed as Milnes-Daimler , until 1914. 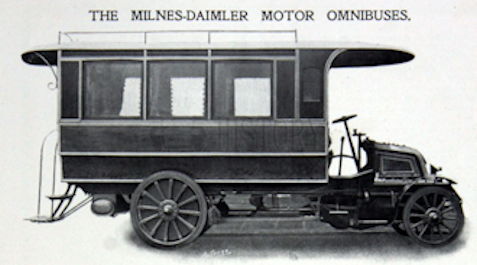 Milnes moved chassis from the motor vehicle and engine factory from Berlin . Then their own bodies were mounted. The offer included three models with four-cylinder engines . 12 HP and 16 HP had cardan drive and the 24 HP chain drive.

The trucks carried up to 6 tons of payload and the buses offered up to 36 seats. 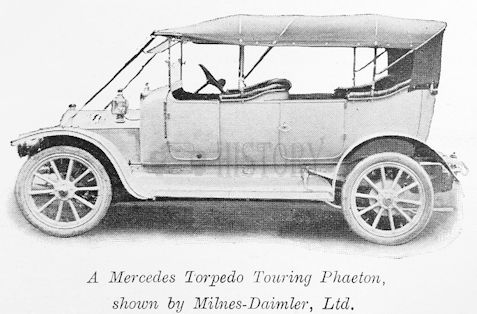