Car manufacturer of Little Staughton , Bedfordshire;Great Britain from 1993 to 1996. 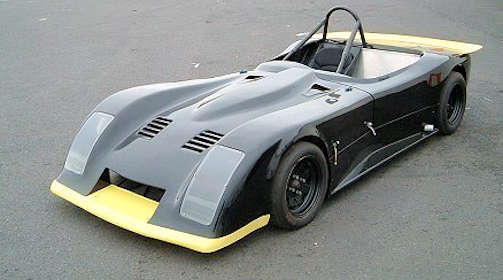 Midas Racing Services was a British manufacturer of automobiles .The brand name was RBM .

Rob Bicknell designed a racing sports car in 1993 at his company RBM Motorsport in Finedon, Northamptonshire . In the same year, the vehicle went there in the race execution for production there was street legal version, later founded his own business in 1993 in Little Staughton, in Bedfordshire . There he started producing automobiles and kits .  In total, about 15 copies were made. 1996 ended the production.

Brace Engineering from 1998 to 2000 and Pulsar Sportscars from 2004 to 2005 continued production. Since 2005, Stuart Taylor Motorsport has produced the vehicle that Phil Alcock is involved in.

The model 931 was the racing car and the 942 the street legal version. The base was a spaceframe tubular frame. An open fiberglass body was mounted on top. The four-cylinder XE engine came from Vauxhall Motors .