Automotive manufacturer of Manchester.Great Britain from 1979 to 1984. 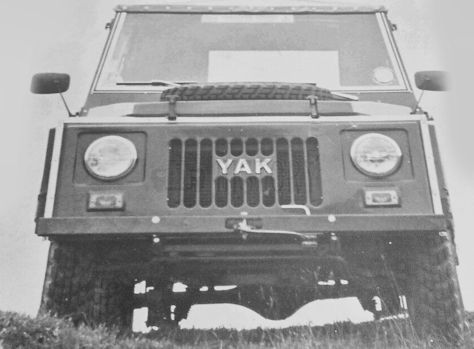 Manchester Garages Limited was a British manufacturer of off road automobiles .

The company from Manchester began in 1979 with the production of automobiles. The brand name was Yak . 1984 ended production. As little as only  seven vehicles emerged.

The only model Yeoman was a four - wheel drive SUV . The base formed a tubular frame. The body was made of aluminum plates coated with plastic. A four-cylinder engine or V4 from Ford drove to the vehicle. The original price was £2,800.