Car manufacturer of Faringdon , Oxfordshire;Great Britain from 1998 to 2008. 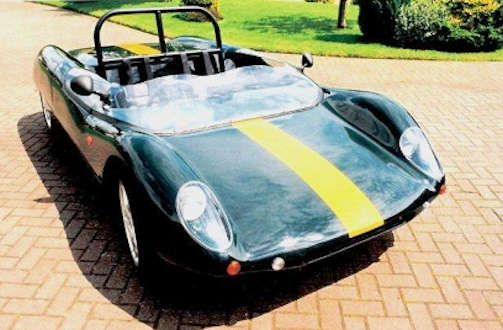 Mamba Motorsport Limited was a British manufacturer of sports car replicas . The brand name was Mamba .

John Bridge founded on 24 September 1998, the company in Wellingborough ,Northamptonshire . He started producing automobiles and kits used for race and road. Later, he moved to Faringdon in Oxfordshire . In 2008 the production ended.

One model was the C 23 . This was the replica of the Lotus 23 . Previous manufacturers were Kitdeal , Noble Motorsport and Espero Limited . In total, about 110 copies were made.