Car manufacturer of Huddersfield,Great Britain from 1920 to 1924. 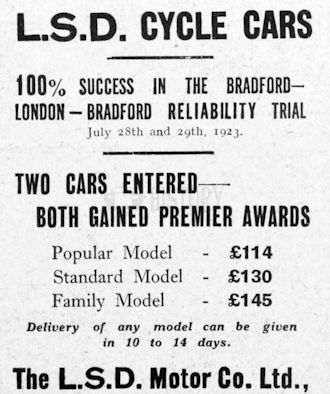 L.S.D Motor Co was a British small car brand from the 1920s

The company Sykes & Sugden Limited from Huddersfield began in 1920 with the production of automobiles . 1923 was renamed LSD Motor & Co Limited and the move to Mirfield in West Yorkshire . The name LSD stands for L ongbottom (Designer), S ykes (manufacturer) and D yson (accountant). 1924 ended production.

The main models was a small 3 wheel cyclecar with the single wheel at the back. An air-cooled V2 engine from JAP was mounted in the front of the chassis. small vans were also built Price from £ 114 to £135 for the larger family version.

A vehicle of this brand can be seen in the Tolson Memorial Museum in Huddersfield, another in the Louwman Collection in The Hague . 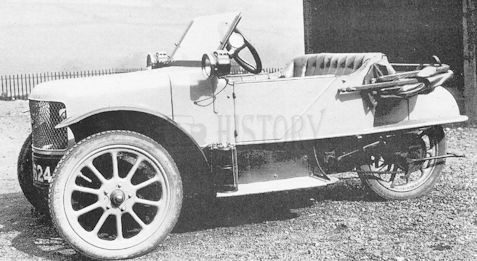