Carmakers manufactured in Woodbridge,Suffolk Great Britain from 1902 to 1914. 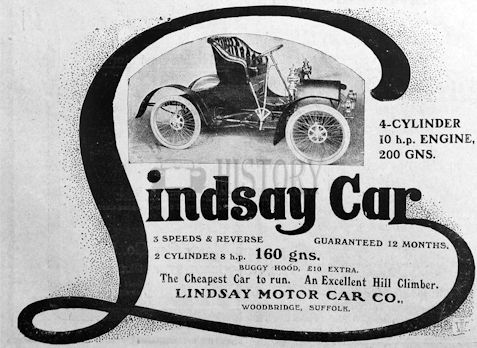 The Lindsay Motor Manufacturing Co. Ltd. was a British automaker from Woodbridge in Suffolk . From 1902 small cars were made Between 1906 and 1908 vehicles were cheap for lower middle class being the least expensive most reliable cars for the time.

Up to 1914 Vans had also been made In the same year,Because of the outbreak of the first world war the brand disappeared from the market.