Automotive Manufacturer of Staffordshire; United Kingdom from 1984 to 1985 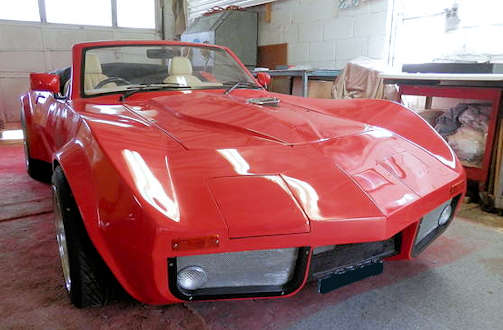 Lightning Sportscars was a British manufacturer of kit type automobiles in the 1980s.  The brand name was Lightning .

Tim Kerry Short founded the company in Staffordshire in 1984 . He started producing automobiles and kits .  In total, about four copies were created. By 1985 ended production.

The model TS , short for Targa Sport . The base had a simple chassis . Then a body was mounted, which was similar to a Chevrolet Corvette . Four-cylinder engines from the Ford Cortina powered the vehicles. In 1985, the price of a kit was £1,575plus VAT . The replica was not successful, the quality was poor, the chassis and engine were too simple, and there were also delays in production.

Automotive Manufacturer of Staffordshire; United Kingdom from 1984 to 1985