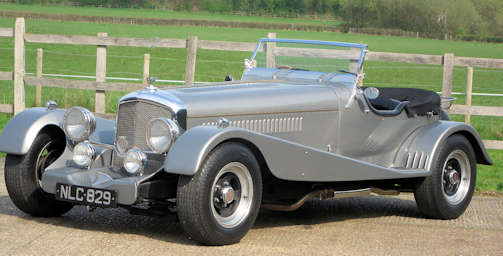 Johnard Vintage Cars  was a British manufacturer of automobiles in the 1970s.The brand name was Johnard .

John Guppy and Dudley Beck founded the company in 1974 in Blandford Forum in Dorset . They started with the production of automobiles and kits .  In total, about 16 copies were made. they operated Moreover, the repair and restoration workshop in the same place Johnard Vintage Car Repairs Limited. 1978 ended the car production.

The only model was the Donington . The base was the chassis of a Bentley Mark VI . On it a plastic body was mounted. Only the bonnet was made of aluminum . The open body could accommodate two people. In addition to the original six-cylinder engine was also a version with V8 engine available.