Automotive manufacturer of Cornwall.Great Britain from 2002 to 2009. 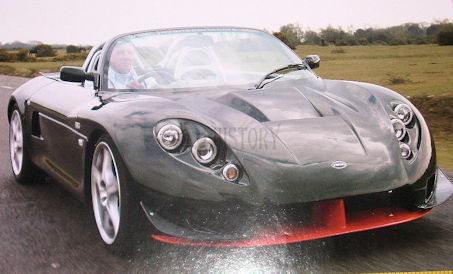 Two-Thirds Limited was founded on September 16, 2002 in Clifton , County Bristol . Javan Derek Smith and Avril Elizabeth Smith were from 20 September 2002, the directors.  On 1 February 2005 the company was renamed in Javan Sports Cars Limited . In that year began production of cars and kits .  The brand name was Javan . In 2009, the car production ended. From 1 January 2013, Neil Yates second director. The head office changed several times during the years. After stops in Penzance , Helston and Newquay , the company is since September 28, 2013 in St Columb Major in Cornwall . but no other production In total, as little four copies were created. But In 2012, a new model was announced.

The first model was the R 1 . This was an open sports car as previously produced by Strathcarron Sports Cars . The engines came from Renault and Honda . This model was in production from 2005 to 2009.