Automotive manufacturer of Chichester Sussex.Great Britain from 1965 to 1997. 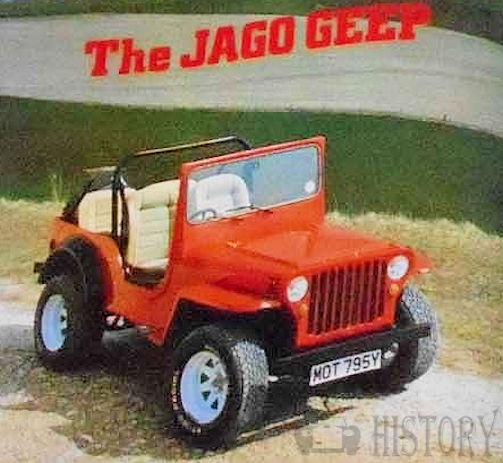 The Jago Automotive Ltd. was a British car manufacturer, who was located in Chichester (Sussex) between 1965 and 1997 . There a number of kit cars were built,incuding Hot rods and jeeps which looked similar to an old Willys Jeep.

In 1965 Geoff Jago founded the company Geoff Jago Custom Automotive Ltd. for the production of vehicles similar to the Hot Rods . In 1971 he produced the vehicle for which the company became known, the Jago Geep . The car had a body made of fiberglass , which was from an original Willys Jeep from the Second World War . Built the chassis of a Ford Anglia 105E. In 1974, another version was added based on the Morris Minor and 1976, a version on Ford Escort mk1 basis. 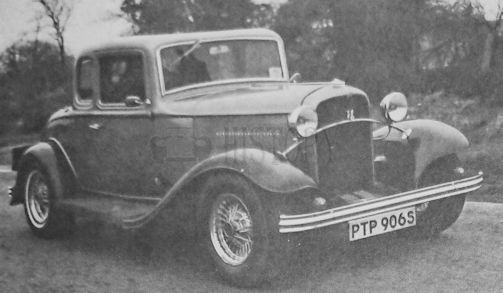 When it first appeared, this model heralded a new generation of practical street rods. With its natural American flavour and unexpectedly large dimensions, it looks imposingly individual, yet has also proved ideal as two-seater 'everyday' transport offering plenty of luggage space in the boot. The car has its origins in the open roadster body first produced in the late sixties and in its present form, several examples have been built into superb show winning vehicles.
Like most street rods, the Model-B coupe is available not so much as a kit but more as a collection of major and minor components you can purchase as and when your pocket allows. The twin-rail chassis is available in three stages of completion — basic rails for £276 plus VAT, a complete assembly with all mounts ready-fitted for £493 plus VAT, and a complete rolling chassis (ready fitted with dropped tube front axle, customer's own engine, gearbox, rear axle, etc) for £976 plus VAT The large engine bay of this model means that anything smaller than a Ford 3 litre V6 tends to look a bit lonely! Most builders tend to fit V8's Daimler, Ford, Rover or Chevrolet. The company recommends that either an S-type Jaguar independent rear axle or leafspring/coil over shock Ford unit should be used. The bodyshell is supplied complete with two double-skinned doors, boot lid and
standard dash panel, and a chassis designed solely for Mk3 Cortina running gear and powerplant is also available, the cost here being £529 plus VAT. 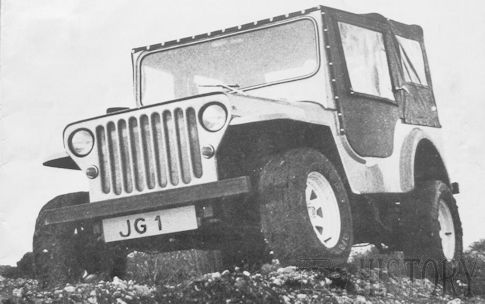 The Geep's inspiration, incidentally, not surprisingly comesfrom an old Willys Jeep from which the original moulds were taken in 1971.

The kit comprises a glassfibre main body unit complete with a bonded-in plywood floor and rear wheel boxes, windscreen ready fitted to its fibreglass frame, grille shell, bonnet, front fenders, several minor mouldings and one fairly hefty chassis. The latter item includes mounting points for most of the mechanical components from the Ford Escort Mk 1 or 2 from which come the engine, gearbox, propshaft (the factory modification of which is covered in the kit price), rear axle, front suspension, steering, wiring loom and instruments.

The engine bolts straight into place and several people have fitted V4 and V6 motors, albeit with minor modifications. The build-up is well within the capabilities of any enthusiast and is perhaps one of the easiest amongst all kit cars.

The basic kit is priced at £685.50 plus VAT and supplies the builder with enough to get the car on the road in any one of 82 colours. Options include a glassfibre hardtop, sidescreens, hood, roll-over bar, roobar, wheels, tyres, wide arches, spats, tailgate, etc.

In 1991, the model was Geep in Jago Sandero renamed to copyright and trademark law to avoid problems. The last version on the chassis of the Suzuki 4x4 came in 1994, but the sales numbers collapsed and so the last kit was built around 1997. 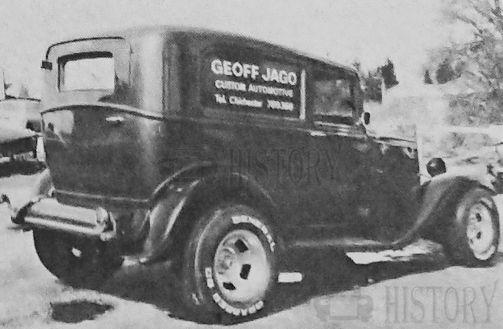