Automotive Manufacturer of Durham;United Kingdom from 1988 to 1991 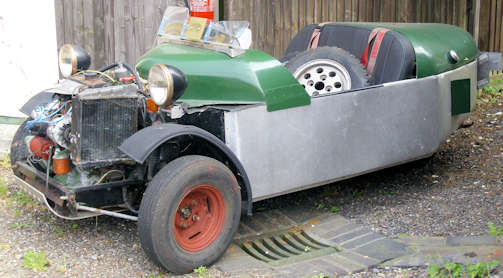 The company was founded in 1988 in Langley Moor , County Durham . In the same year began production of cars and under the direction of Jeff Calver kits .  In 1991, vehicle production ended. Overall, emerged about six vehicles. The company is still active in the field of pneumatics today.

The only model was the 1000 Leyland Skip . This was a tricycle with a rear single wheel. It was designed for use in trials , but still received a street legal. The base was a spaceframe frame with a rear subframe. An open fiberglass body was mounted on top. Many parts, including the four-cylinder engine , came from the Mini .

Automotive Manufacturer of Durham;United Kingdom from 1988 to 1991