Automotive manufacturer of Birmingham.Great Britain from 1970 to 1991. 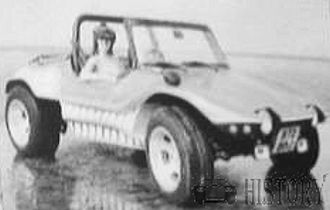 John Sprinzel imported the body of a Scorpion LT  from Desert Fox Sand Buggies from the US , changed some details and presented a vehicle at the 1970 British Motor Show .

John Cullen of GB Motors of Birmingham took over the project and put it into mass production. The brand name was Invader . In 1977, Croy Glassfibre Products took over from Bordesley Green and offered to 1979 kits . James Hale of GT Moldings from Portslade continued production from 1988 to 1991. In total, about 150 were made.