Car manufacturer of Manchester.Great Britain from 1902 to 1909. 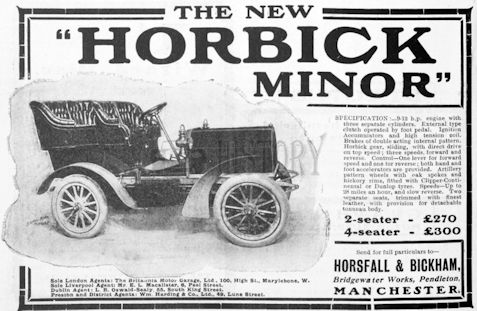 The Horsfall & Bickham Ltd. was a early British automaker, which was located in Pendleton near Manchester from 1902 to 1909 .

Cars were built under the name Horbick , which were equipped with side- mounted inline engines with two, three, four or six cylinders from 10 to 24 hp.

The vehicles were quite successful in the market, but Horsfall & Bickham concentrated from 1910 on other areas of mechanical engineering and gave up the automotive industry to return to more lucrative carding machinery. 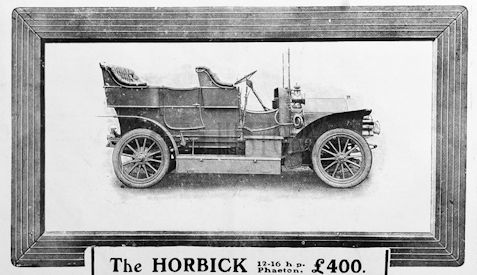