Replica Car manufacturer of Stroud , Gloucestershire; Great Britain from 1989 to 2000. 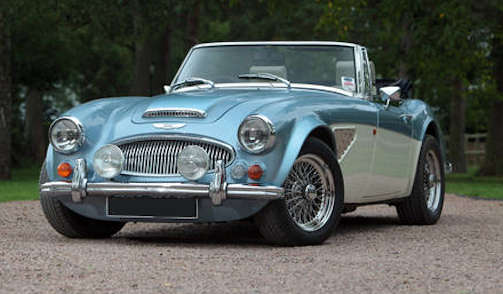 HMC Sportscars Limited was a British manufacturer of replica automobiles . The brand name was HMC .

The brothers Peter and Graham Holmes founded the company in 1985 in Stroud in the county of Gloucestershire . They started with the development and in 1989 with the production of automobiles.  In 2000 the production ended.

The offer included replicas of the Austin-Healey 3000 . A central tube frame formed the base. Then a body of fiberglass , later made of aluminum was mounted. The version Mark IV was luxuriously equipped, the Silverstone was lighter and presented in 1995 Lightweight was the lightest variant with 940 kg curb weight. Various size Rover V8 engines fitted to the vehicles.

Replica Car manufacturer of Stroud , Gloucestershire; Great Britain from 1989 to 2000.