Automotive manufacturer of Manchester;Great Britain from 1921 to 1926. 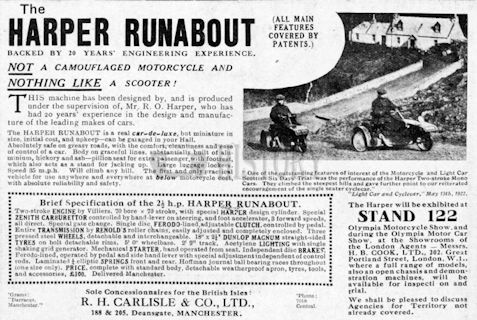 Harper was a British small car brand in the 1920s.

The company AV Roe & Co Limited  began in 1921 in Stretford in Trafford with the production of automobiles .By 1926 ended production.

The only model was a tiny car called the Harper Runabout with the single wheel up front. The single - cylinder two-stroke engine from Villiers with 269 cc displacement was mounted under the driver's seat. A second seat could be mounted behind the driver. 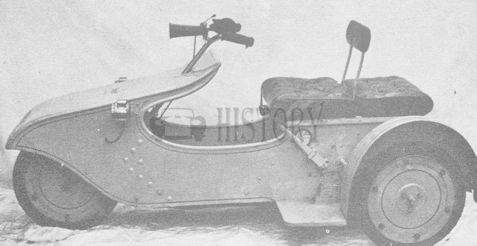