Car manufacturer of Canterbury and Faversham , Kent; Great Britain from 2001 to 2010. 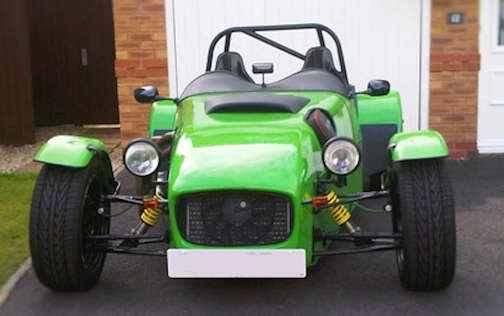 GTS Tuning was a British manufacturer of replica kit car automobiles . The brand name was GTS .

Darren George founded the company in Kent in 2001 . First in  Canterbury and Faversham and for the period from 2005 to 2008 in Longfield . They started producing automobiles and kits .  In total, over 100 copies were created.  2010 ended production.GTS Tuning 2005 took over the production rights to their JBA Falcon model from JBA Motors , but discontinued the project in 2009 without producing a vehicle.

The Panther was a two-seater roadster in the style of the Lotus Seven . There was a choice of engines from BMW and Ford . He was available from 2001 to 2009 and found about 50 buyers.

The widened versions Panther W 7 DE and Panther BMW 7 DE brought about the same number between 2003 and 2010.

The Challenger resembled the racing car Lotus Eleven . GTS Tuning took over this model from Triton Sports Cars in 2005 and redesigned it. Overall, this model created between 2001 and 2009, together with about five copies of both manufacturers.