GRS Cars was a British manufacturer of kit car automobiles in the 1980s .

The brothers Walklett, who led Ginetta , founded the company in 1982 in Witham in the county of Essex . They started with the production of automobiles and kits . The brand name was GRS . 1989 ended production. In total, about 363 copies were made.

The first model Tora stood from 1982 to 1988 in the offer. It was a small two-door station wagon . The base was a ladder frame made of steel. On it a body made of fiberglass was mounted. Many parts such as engine , windshield , doors and interior came from Hillman Hunter . From this model created about 360 copies.

In 1988, the Tora Estate followed . Another chassis , the four-cylinder engine from the Ford Cortina and the four-door station wagon body were the differences. Until the 1989 hiring, only three copies were produced.

The G.R.S. ESTATE CHASSIS — BODY — ASSEMBLY comprises a rigid duty Chässis which extends the length Width Of the car. The main frame is
4 " 2' With It is M G welded with three coats of chasss paint. A feature ot the chassis is that extended the scuttle section which gives body protection and location. and also serves rigid steel door hinge mountings A" mounting points.

The body section is made from high quality polyester resin and glass materials for Quality and strength. A steel is bonded in manufacture and steel tubes are used to reinforce the sides. being bonded in above and below the Side windows. Seat attachment points are also bonded. The shoulder mounting, For strength and rigidity The front and assembly is constructed the same way
PRICE: £249.00 including V.A.T. 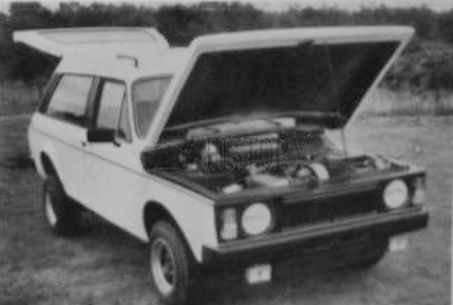