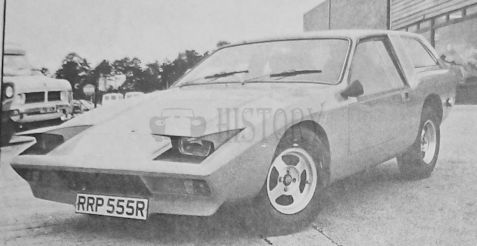 Jim Finch in 1975 founded the company Group Design  in Poole in the county of Dorset . They started producing automobiles and kits . , the brand name changed to Griffin . 1979 took over Nomad Sales from Burnham-on-Crouch in Essex  later from Crowthorne in Berkshire  there production, and in 1983 Balena Cars from Swanage in Dorset. 1985 ended production. In total, about 20 copies were made.

The Griffin Starting in 1978  also a longer estate version with roof on offer that was on the chassis of the VW Beetle or Morris chassis.

Although its origins date back to 1975 it started life as the GD-XM, the Griffin looked more modern In fact, its superb lines and versatile sports estate styling make it an exceptionally desirable package indeed, especially when one takes into account the current trend towards practicality. Also important are the superb quality and finish of the car's glassfibre bodyshell.

Available to fit on the chassis of either a Morris 1000 van or a VW Beetle, the Griffin kit is sold in three stages. At £1300 plus VAT, starting point is the basic bodyshell fitted only with headlights, doors and windscreen.

Next, at £1650 plus VAT, comes the fully trimmed and carpeted bodyshell with all lights and windows fitted, and lastly £l950 plus VAT will secure the ultimate kit complete with further items like tilt-forward/reclining rally seats, steering wheel, alloy road wheels and Avon tyres. In all cases, the bodyshell is finished in a self-coloured gel, includes an integral dashboard, and is fitted with hinges and doors.

In the case of the VW-based item only, integral trunking is included for the heater system. The advantages between the two different base vehicles are evenly mixed, neither chassis requiring anything other than detail modification.

The VW bodyshell has 3 inches extra headroom and 101/2 inches extra
length, while the Morris version offers more scope for performance via the installation of the Spridget engine. Or even the Rover 3.5-litre 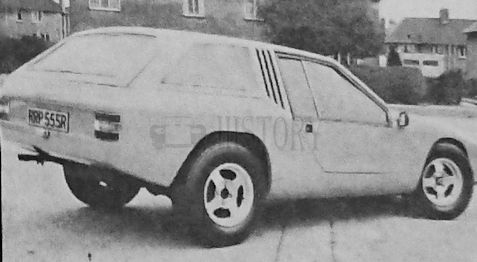