Car manufacturer of Parkstone , Dorset;Great Britain from 1994 to 2002. 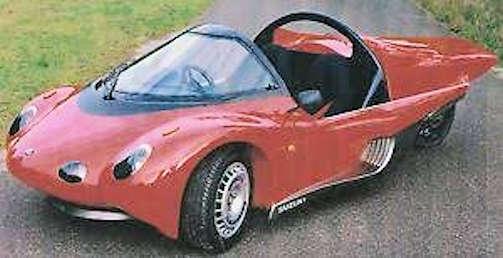 Gaia Cars was a British manufacturer of 3 wheel automobiles in Hampshire and later Dorset . The brand name was Gaia .

Guy Dormehl founded the company in 1994 in Dibden Purlieu, Hampshire . There he began production of cars and kits . As of 1997, the company headquarters was in Parkstone in Dorset. In 2001, Jon Ridd took over the company. A total of around eleven copies made. Production ended in around 1999.

The only model was a futuristic looking car the 3 wheel deltoid . This was a tricycle with a rear single wheel. Drive and rear wheel came from a motorcycle , usually Suzuki . On a spaceframe frame, a body made of fiberglass.