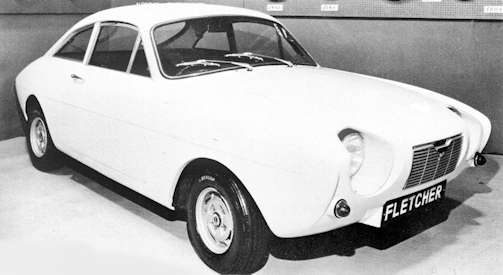 Norman Fletcher founded in the late 1950s, the company Norman Fletcher Limited in Walsall in the county of West Midlands and started the production of boats. In addition, created until 1967, some automobiles. In 2002, the company ran into financial difficulties. Fletcher Boats Limited was founded on March 5, 2003 and only manufactures boats in Wolverhampton .

In 1963 Norman Fletcher took over the projects of Ogle Design . From several prototypes he made a new design, which was similar to the previous Ogle SX 100. The model, which appeared only in 1967, was called GT . The basis was the mini  with a strong box section. The two-seat coupé body was made of plastic avaliable in red white,Green or  Blue. A Swiss dealer ordered 30 vehicles, but as the British Motor Corporation did not supply the required parts, this order could not be carried out. In total, four vehicles were created.