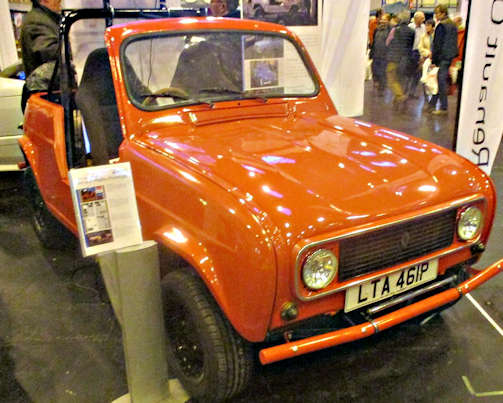 E-Zee Automotive was a British manufacturer of automobiles in the 1990s . The brand name was Malibu .

1990 Jim Daughtry founded the company in Exeter in the county of Devon . He started producing automobiles and kits.In total they only created about two copies. By 1993 ended production .

The only model was the RV 4 off road style open body car . The basis was the chassis of the Renault 4 . On top of that, an open, doorless body was assembled, partly made of the Renault metal and partly of fiberglass . The vehicle resembled the multi-purpose car Renault 4 Plein Air.