Automotive manufacturer of Avonmouth , Bristol;United Kingdom From 1993 to 1999. 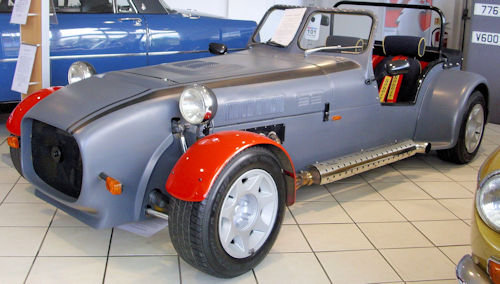 Evolution Sports Cars , previously Mike Ryan , was a British manufacturer of kit type automobiles in the 1990s .  The brand name was Evolution .

Mike Ryan founded in 1993 the same company in Cheltenham in  Gloucestershire .There He started producing automobiles and kits . In 1995, Mike Gould took over the company and relocated to Avonmouth in Bristol. In total, only about twelve copies were made. There was no connection to Evolution Sportscars a few years later.

The only model was the Evolution 1 Roadster . This was a vehicle in the style of the Lotus Seven some with split screen front . A spaceframe frame formed the base. Various four-cylinder engines from Ford and the V8 engine from Rover.