Kit Car manufacturer of Crawley , Hampshire.Great Britain from 1999 to 2003. 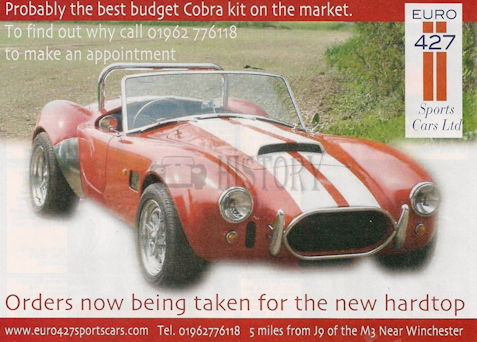 Nigel Ramsay founded the company in Crawley in Hampshire . They took over a project from Fiero Factory and began producing automobiles and kits .From 1999 they starte production. The brand name was Euro 427 . After three years, the production ended. In total, about 18 copies were made.

The only model This was a replica of the AC Cobra corresponded to the Fiero Factory Euro 427 Replica , which was on the market since 1998.  , which sold in relatively large numbers.Options for Hard top and various engines powered the vehicles, including V8 engines from BMW and Daimler AG .