Kit car Manufacturer of London; United Kingdom from 1970 to 1972 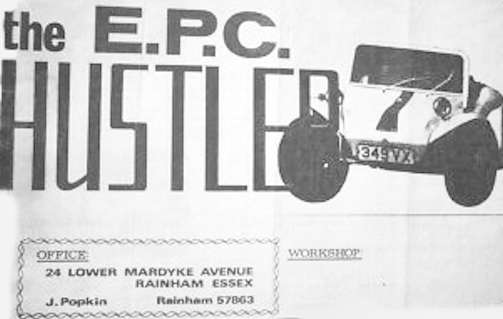 Essex Proto Conversions was a British manufacturer of kit type automobiles in the 1970s . The brand name was EPC .

The brothers Terry and Colin Cordingley, who previously sold VW buggies from GP , founded the company in 1970. The company was initially located at Whalebone Lane in Chelmsford . They started with the production of automobiles and kits .  Via Jackson's Kustom buggies from London the vehicles sold. Relocations to Hornchurch in the London Borough of Havering and Dagenham followed.  In total, about 386 copies were made. By 1972 ended the production.

The offer included two models, both based on the chassis of the VW Beetle .