Automotive Manufacturer of Tonbridge , Kent; United Kingdom from 1993 to 1999 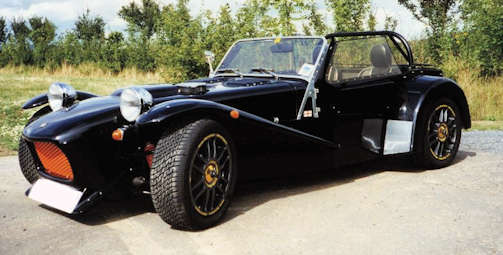 Eldon Autokits was a British manufacturer of kit car automobiles from the 1990s. The brand name was Eldon .

1993 Phil Surridge founded the company in Tonbridge in the county of Kent . He took over the Racecorp project and began producing automobiles and kits . In total, about 57 copies were created. By 1999 ended production.

Razer Sports Cars continued production from 2003 under its own brand name.

The model Roadster . The base was a spaceframe tubular frame. On it an open two-seat body was mounted, which had a similarity to the Lotus Seven . Various engines from Fiat and Ford as well as Wankel engines from Mazda powered the vehicles.

Automotive Manufacturer of Tonbridge , Kent; United Kingdom from 1993 to 1999
Updated
Wednesday, 20 May 2020
Edited By
MCH