Automotive Manufacturer of Salisbury, Wiltshire, Great Britain from 1984 to 1985. 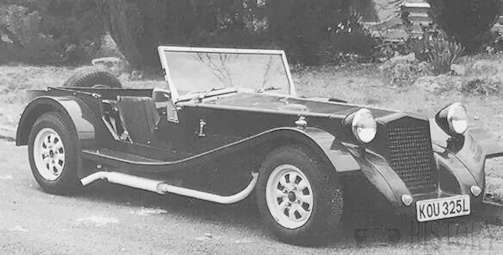 Edward Waddington Motors was a British manufacturer of kit car automobiles from the 1980s .

1984 Edward Waddington founded the company in Salisbury in county Wiltshire . He started producing automobiles and kits . The brand name was EWM . 1985 ended production.

B & S Sports Cars from Birmingham production continued from 1988 and marketed the vehicles as BS and stopped  in 1989 .

The offer included two open roadsters . Both models were fiberglass and powered by the four-cylinder engine from the Ford Cortina . They were placed in the lower price range of the kit cars and competed with the models of Dutton Cars . The EWM Brigand found as little three made. with the Buccaneer In total, about eight copies were created.