Dutton Cars in Unit 10, Hambridge Trading Estate, East W. Sussex was a British manufacturer of kit cars . The company existed from 1970 to 1989 and was at times the world's largest kit car manufacturer with various models.

The company was founded by Tim Dutton Wooley and started in a small workshop, where a series of cars based on the P1 prototype were created, none of which resembled another. The situation stabilized in October 1971, when the first production model B-Type appeared. It had more or less a standard design based on components of the Triumph Herald . The company also moved into a larger factory in Tangmere (West Sussex) . 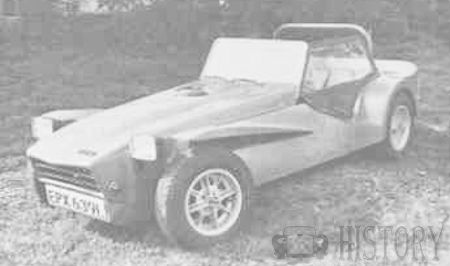 The B-Type later became the Phaeton . Later versions of the Phaeton were built on Ford Escort mk1 components and manufactured until 1989.

In 1979, Dutton announced the Sierra , a station utility wagon that looked similar to a small SUV and is considered one of the first SUV vehicles. In 1982, the Ford Motor Company released a new model called Sierra and claimed unrestricted naming rights itself. The dispute went to court, and Dutton claimed permission to continue calling their kit cars as the judge ruled that Kit Cars and ready assembled cars are two different things. Ford had to bear the costs of the process and Dutton gained enormous reputation through the process. The Sierra is one of the best-selling British kit cars with over 3000 copies. Carlton Automotivein Barnsley offered similarly designed kit vehicles, which  produced about 400. 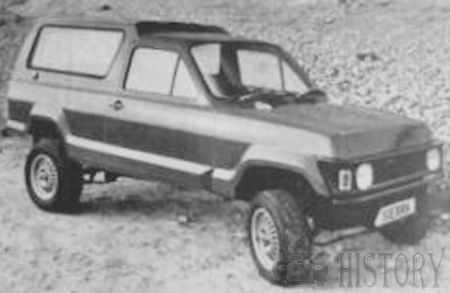 In 1982 Dutton moved back to Worthing in a larger factory building and at the same time opened another factory for the production of fiberglass bodies in Lancing (West Sussex) .

In 1984, the company already had 70 employees and produced over 1,000 vehicles. In 1989 the company was closed and the plans sold. A new model called Maroc, a highly modified Ford Fiesta with open bodies, was developed and hackers Engineering in Littlehampton (West Sussex) built. Initially, the car was offered fully assembled, but selling prices were too high, and so was sold from 1993 as a kit car. The plans were sold to Novus in Bolney, Sussex , and built amodified versions of this car. 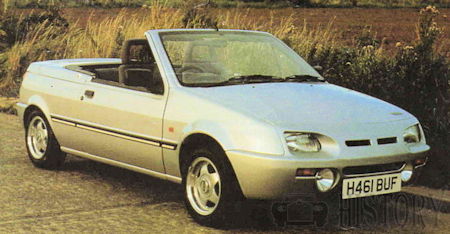 After closing his kit-car business, Tim Dutton Wooley worked as a consultant, but returned in 1995 to the automotive business. He brought out the models Amphibian made the Dutton Mariner and Commando , amphibious vehicles based on the Mk3 Ford Fiesta and the Suzuki Samurai. One of them also crossed the English Channel .

Today. Most Dutton have already been assembled and are now only available as second hand vehicles, mostly in need of restoration. As sold as a kit, a donor car is needed  which are now higly sort after such as the MK 1 escort but parts still avaliabe. Of these, the engine, the transmission and many other important components are used. And Ford vehicles were as many other British kit cars from the time generally well-suited as a donor car.