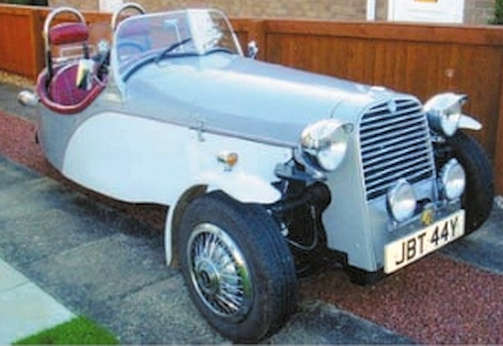 DRK Kits was a British manufacturer of kit car automobiles .The brand name was DRK.

Derek Roscoe and Robert Callister founded the company in 1984 in Ellesmere Port Cheshire. Keith Hamer was also involved. 1984 began the production of automobiles. The brand name wasderived from the initials of the three first names.  In total, about 59 vehicles were created. 1998 ended the production.

The offer included kit cars . They were a classic look 3 wheel cars with a single rear wheel. A hardwood frame and several layers of plywood encased in aluminum formed the base. It was intended for the inclusion of four-cylinder engines from Renault 4 and Renault 6 , later also from the Renault 5 . Then an open, two-seat body was mounted.