Automotive Manufacturer of Fordingbridge , Hampshire; United Kingdom from 1989 to 1993 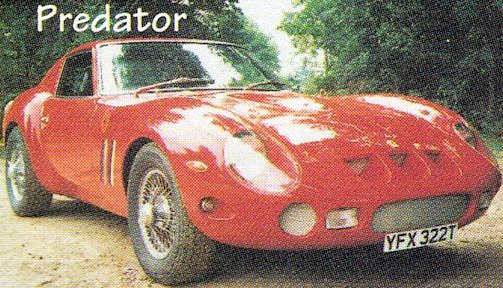 Dorset Motor Services was a British manufacturer of replica kit type automobiles from the late 80s to the early 90s.The brand name was DMS

Derek Finlay founded the company in the 1980s Fordingbridge in Hampshire . He started producing automobiles and kits in 1989 . In total, about 140 copies were created. 1993 ended production. Classic Replicas took over the company.

The Venom was the replica of an AC Cobra based on Ford Cortina . Various engines from the four-cylinder pinto engine to the Rover V8 engine were available. Of these, about 100 copies were created.

Also about 20 copies originated from the Bullit . This vehicle was based on the Ford Capri . It was inspired by the Aston Martin Vantage . The body was made of fiberglass . The choice stood Coupé and Cabriolet .A unique piece remained the 1993 presented Abingdon . This was a replica of an MG A .

Automotive Manufacturer of Fordingbridge , Hampshire; United Kingdom from 1989 to 1993