Automotive manufacturer of Southampton , Hampshire.Great Britain from 1986 to 2008. 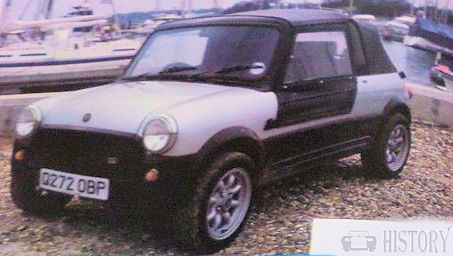 John Ingram founded in 1986, the company Domino Cars in Southampton in the county of Hampshire . He started producing automobiles and kits . The brand name was Domino . In 1994 it was renamed Domino Car Company (UK) Limited , when John Chapman took over the company, and 2004 another in Domino Composites under the direction of Colin Moore. In 2006, it became composite designs . After its liquidation in late 2007, Domino Cars organization continuedled by Ian E. Broadbent the production continues. In 2008 the production ended. In total, about 220 copies were made.

All models were based on the Mini and had a fiberglass body . Richard Oakes was the designer.

The first and best selling model was the Pimlico . It was something like a beach car with a roll bar , from which about 100 copies were made between 1986 and 2008.

The Pup Pickup was also on offer for the entire time. This was a pickup that was made for about ten buyers.

The convertible supplemented 1987 assortment. This was a mini as a convertible with roll bar. By 2008, about 45 copies were made.

The premier was a modification of the convertible . Among other things, the doors were smaller. The Premier Plus was 15 cm longer. From these two versions emerged from 1988 about 40 copies.

The HT was a sedan , which was also in racing execution. He found from 1988 about 25 buyers. 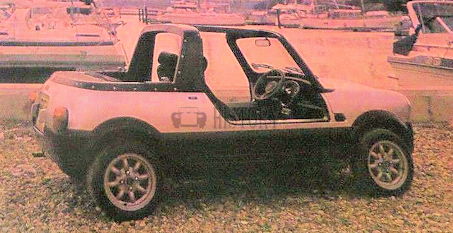