Automotive Manufacturer of Grays Essex,Great Britain from 1969 to 1971. 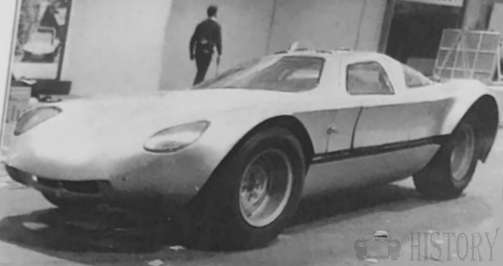 Dial Plastics was a British manufacturer of kit car automobiles from the late 70s to the early 1980s .

Frank Sheen founded the company in Grays Essex in 1969 and began producing automobiles and kits . The brand name was Dial . In 1971, a vehicle was presented at the Racing Car Show . In the same year ended the production. In total, about 20 copies were made.

The only model was the Buccaneer .The Dial Buccaneer used a wide vanety of parts in a space frame chassis.

Triumph based independent suspension all round,with a Volkswagen gearbox. Ford in-line engines. The glassfibre bodywork fitted with gullwing type doors. This was a flat body coupé sports car . The base was a spaceframe frame. A line engine from Ford was behind the seats in mid-engine layout mounted. .