Automotive Manufacturer of Somerset;United Kingdom from 1997 on 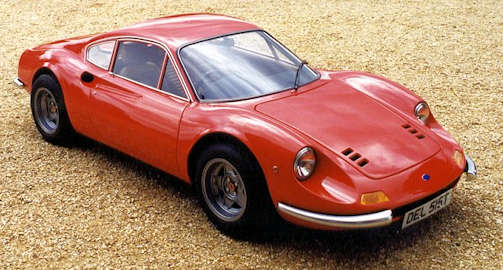 John Hurst founded JH Classics in 1987 in Clacton-on-Sea , County Essex, as a successor to Daytona Classics . The production of automobiles and kits began.  There was a collaboration with Swindon Sportscars and Fiberglass Applications . In 1988, the company moved to Sutton Veny at Warminster in Dorset . In 1991, it was renamed Deon Limited and the move to Ilminster in the county Somerset .Between 1995 and 1998  Deon Cars continued production. Overall, created over 300 copies.

John Hurst founded a new company called JH Classics near Taunton in 2010 and has been marketing vehicles as JH since 2011 .

The DGT was the most successful model with about 220 copies sold. It was the replica of a Dino 246 GT as a coupe and corresponded to the model AD 206 of Daytona Classics. On a tubular frame, a body made of fiberglass was mounted. The suspension came from the Fiat 124 on the front and Lancia Beta (rear). The drive was provided by a four-cylinder engine from Lancia .

The GTS as an embodiment of the DGT with Targa roof appeared 1989.

From a lightweight version of the DGT as a roadster called DGT Le Mans created between 1991 and 1997, two copies.

The Mirabeau continued to resemble a Dino, but differed in some details. The embodiments as Roadster is delivered. For the drive were the well-known four-cylinder engine from Lancia and a V6 engine from Ford with 2900 cc displacement available. Between 1991 and 1998, 63 copies were made.