Automotive manufacturer of Leeds, Yorkshire.Great Britain from 1912 to 1924. 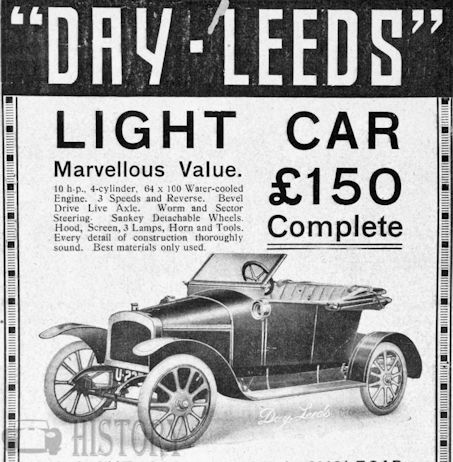 The company Job Day & Sons Limited from Leeds began in 1913 with the production of light automobiles .By 1924 ended production.

From 1919,larger cars with Dicky seats with 7ft 9" wheelbase and a engine with 1266 cc displacement was used. 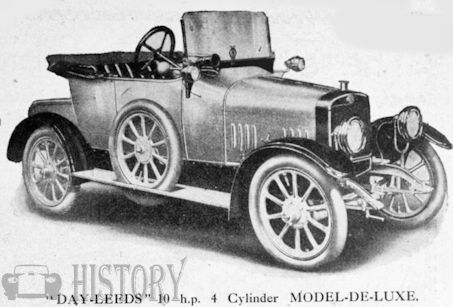