Automotive Manufacturer of Northamptonshire,Great Britain from 1982 to 1985. 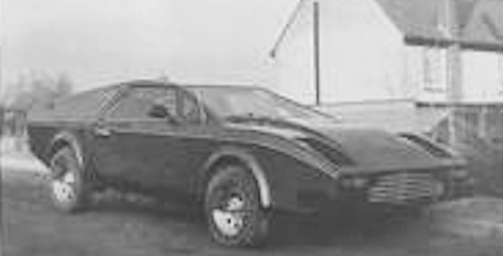 Cygnet Cars Limited was a British kit car manufacturer of automobiles in the 1980s .The brand name was Cygnet .

Peter Child, who previously worked for Aston Martin , founded the company in 1982 in Kislingbury , Northamptonshire . He started producing automobiles and kits . In 1984, the move to Wootton , also in Northamptonshire. In total, about twelve copies were made. 1985 ended production.

The first and best selling model was the Monaco . The was a four-seat coupe based on the Ford Cortina . One source calls the design awful and completely disregards any sense of quality . Between 1982 and 1985 created about ten copies.

The Cygnetina was the convertible version of the Monaco . Of these, only one copy was made in the same period.

The roadster from 1983 remained a unique piece. It was a roadster in the style of the 1930s. This had the same base as the Monaco .