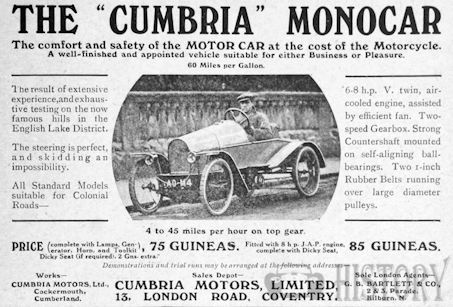 Cumbria Motors was a British automaker in Cockermouth, Cumberland . Only in 1914 were Cycle Cars and light automobiles manufactured there.

There was also the slightly larger Cumbria 10/12 hp with four-cylinder in-line engine. This had 1110 cc and the wheelbase was 2438 mm. cost for the basic car 75 Guineas to 85 Guineas for the better model.