Automotive manufacturer of Fishponds Bristol.Great Britain from 1919 to 1920. 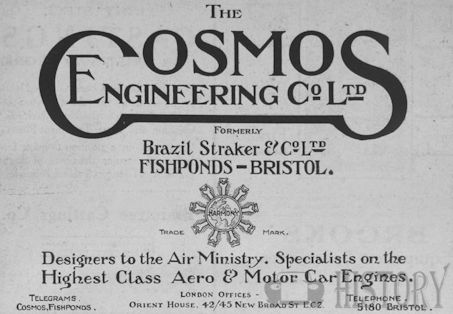 Cosmos Engineering Company Limited was a British car manufacturer based in Fishponds in Bristol  from 1919 to 1920 . Designer was Roy Fedden . The brand names were Cosmos and C.A.R .

The Cosmos 10.5 hp was a small light car that was powered by a three-cylinder radial engine  air-cooled unit 16 bhp (11.8 kW) . The wheelbase of the car was 2134 mm, its track 1295 mm and its weight 305 kg. Only a few copies were made. Developed in the same year, enlarged version of the 10.5 hp called CAR , but it did not make it into series production.

The following year, Cosmos Engineering was acquired by the Bristol Aircraft Company , which was interested in the radial engine developed by Fedden. 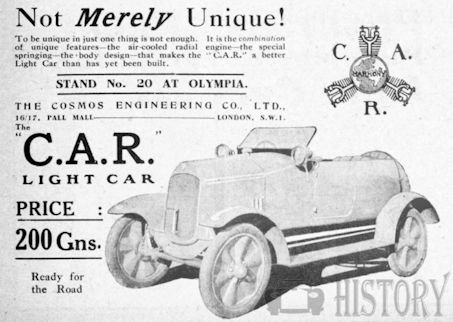