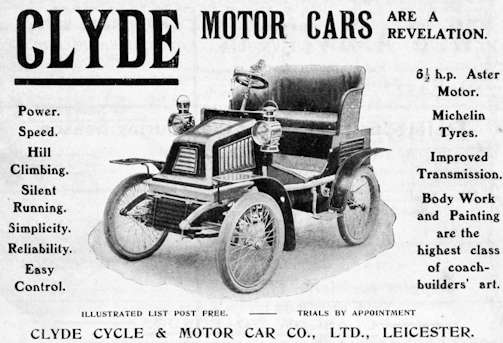 Clyde was a British car brand , which was manufactured from 1902 to 1930 by GH Waite in Leicester .

In the years between the turn of the century and the First World War , six different models of small vehicles with one to four cylinders were created.

After the war, three models were reissued and offered - at least on paper - until 1930. Waite, however, put the main focus on his two-wheeled production at that time.