Kit Car manufacturer of Bournemouth , Hampshire Great Britain from 1989 to 2002. 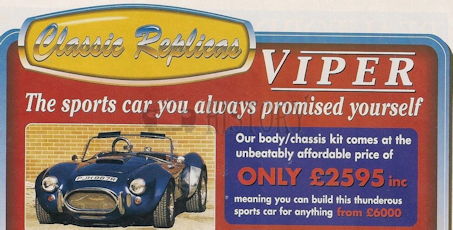 Ken Cook, who previously Bright Wheel Replicas led, in 1989 founded the company in Bournemouth in the county of Hampshire . He started producing automobiles and kits . The brand name was Classic Replicas . In 1993, Dorset Motor Services was acquired,they continue to be produced at Classic Replicas. 2002 ended the production. In total, about 200 copies were made.

The best-selling model was the Viper and its low-cost variant Viper 4 . These were replicas of the AC Cobra . The vehicles were based on Ford Taunus , Ford Granada and Jaguar Cars models . Engines from Chevrolet , Ford and Rover powered the vehicles. Between 1989 and 2002 created about 150 copies.

The other model was the Cub , later renamed Mule . This vehicle resembled a Mini Moke . It was based on the mini . Between 1998 and 2002 created about 50 copies sold.

There was no connection to Classic Replicas (UK) from Taunton , who used the same brand name from 2002 onwards. 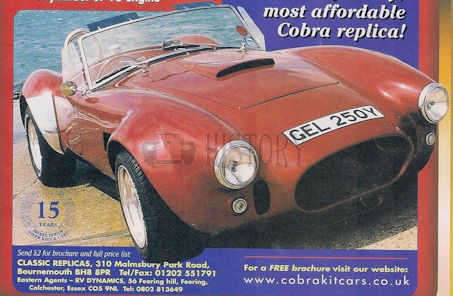