Automotive manufacturer of Dorchester.Great Britain from 1903 to 1907. 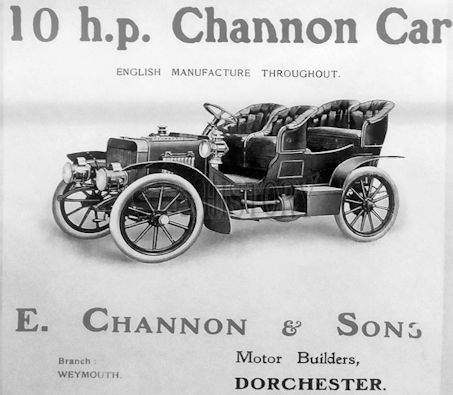 E. Channon & Sons was a British car manufacturer by Earnest and Ralph Channon in Dorchester in the early part of the 1900s .

From 1903 to 1906 a few automobiles were made there. A touring body 4 seater  the 10 HP model is known to be equipped with a two-cylinder engine.

Later early aeroplane builds and trials took place in around 1910.