Automotive manufacturer of Nottingham.Great Britain from 1904 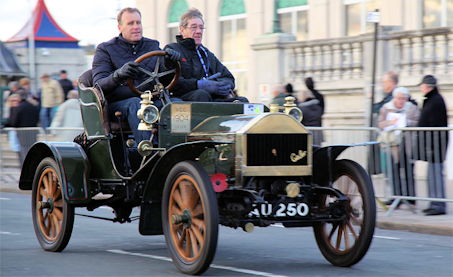 Celer Motor Car Company was a British manufacturer of automobiles from the early 1900s . The brand name was Celer.

The company from Nottingham began in 1904 with the production of automobiles. The production ended in the same year.

The only model offered was the 8 HP. The vehicle had a two-cylinder engine of its own production, which was mounted between the front wheels and driven by a three-speed gearbox, the rear axle. The Phaeton body could accommodate two people.

A vehicle of this brand has been preserved. It is on display at the Nottingham Industrial Museum in Nottingham and is occasionally used in the London to Brighton Veteran Car Run .
.