Automotive manufacturer of Leeds , West Yorkshire.Great Britain from 1983 to 1985.

Cavallo Cars was a British manufacturer of automobiles and kit cars in the 1980s .

Colin Robertson founded the company in 1983 in Leeds , Co. West Yorkshire .  He began production of cars and kits . The brand name was Cavallo .  1985 ended the production.  Equus Cars continued production even for a short time away. Overall emerged only a few copies price for kit versiom £1,999 plus vat for the ready made version £4.950 plus vat .

The first model was a kit car The Estivo . A Chassis of steel formed the basis. An open GRP body was mounted on it  with removable top.  The small Cabriolet offered space for four people.  Various four-cylinder engines from the Austin and Morris 1100 and 1300 . There were also plans for motors from the Ford escort and Austin Allegro also Austin Maxi.

The Equus appeared in 1985. It was the same model, but only available as a complete vehicle. 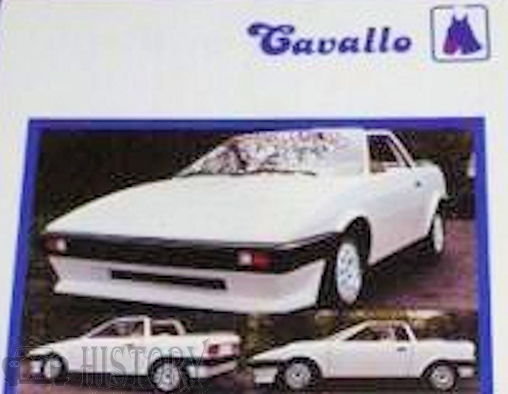