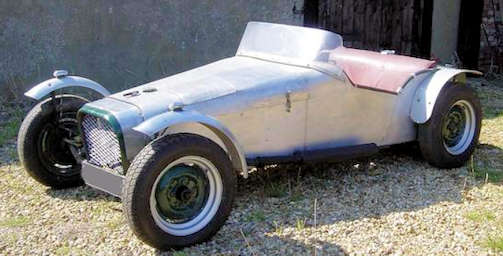 MRB Cannon was a British manufacturer of automobiles and Kit cars . The brand name was Cannon .

Mike Cannon founded the company in Tonbridge in 1953 and began producing automobiles and kits known as a one man operation . End of 1966 ended the regular production. Single pieces were made by Cannon until about 1970. A total of about 120 copies were made.

The small two-seat vehicles were specially designed for use in trials . Parts came from the Austin Seven  Morris Minor.  The four-cylinder engines came mainly from the Ford Ten as were the front axle and wheels, later some from the Ford Cortina .