Automotive Manufacturer of Nazeing, Essex;Great Britain from 1961 to 1963. 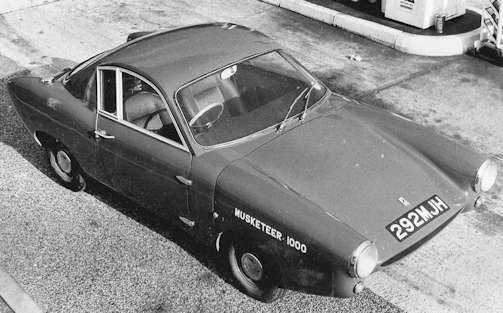 Butterfield Engineering was a British manufacturer of automobiles and kits in the 1960s. The brand name was Butterfield .

Richard Butterfield founded the company in 1961. The seat was on Paynes Lane Nazeing in Essex . He began producing automobiles with the support of Francis Manning.  In January 1962, a vehicle was presented at the Racing Car Show . In total, four copies were made. 1963 ended production

The only model a sports car was the Musketeer . It was the world's first mini based kit car . The base was the Mini, but with a tubular frame. On it a body made of fiberglass was mounted. The choice stood Coupé and Cabriolet . The four-cylinder engines of the Mini with 848 cc and 998 cc displacement were available. The high price of £848, which was twice the price of a Mini, caused a low demand.

Automotive Manufacturer of Nazeing, Essex;Great Britain from 1961 to 1963.