Automotive manufacturer of Northampton.Great Britain from 1981 to 1993. 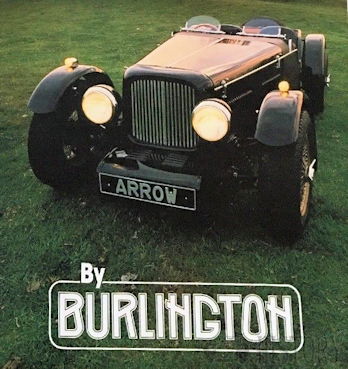 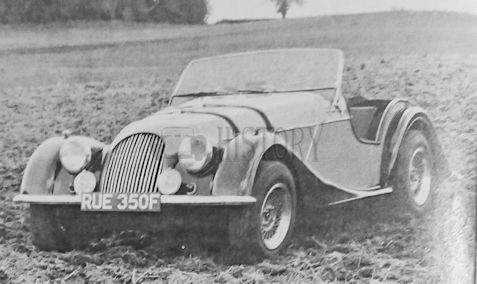 The only self-made motor vehicle model was the SS . First, the chassis of Triumph Herald and Triumph Vitesse stood for election. Later came chassis from Ford Escort , MG B and Morris Marina . The body was made of metal , plywood , fiberglassand aluminum . The open body without doors could accommodate two people. From 1982, doors were available. The front was similar to the vehicles of the Morgan Motor Company . Between 1980 and 1986 created 120 copies. Then the Dorian Motor Company took over the project and sold until 1988 another 80 copies of their Dorian SS .

Costing £546 including VAT, the basic kit provides you with a main body tub constructed from exterior grade plywood skinned in high grade aluminium sheet plus a rear section moulded from glassfibre. The wings and bonnet are also GRP mouldings and everything bolts in a very straightforward manner to a slightly modified Triumph chassis. The exceptionally strong structure, made with lots of tender loving care, ensures that the build-up will be relatively straight-forward although the rearward shift in seating position dictates some chassis mods. Things like the steering column, handbrake and
gearlever all require lengthening and in the same vein, the propshaft needs around six inches removed from its length to meet the engine which sits further aft. But these are the only special jobs in a car that is otherwise simple to build.

The Burlington Motor Company can supply virtually every component you will need to complete the car including a specially designed custom chassis which obviates the need to modify your Triumph item, The hood, screen, lights, you name it, they supply it.

In 1982, the Arrow, which resembled the SS. However, the company offered only plans for around 15 pounds and some parts. The buyer had to make many parts himself. Chassis of Triumph Spitfire , Triumph Herald, Triumph Vitesse and MG B were suitable. On the front wheels were small, mitlenkende fenders .

This Herald-based two-seat roadster endeavours to bring back the fun to open air motoring with its simple yet classically aggressive lines and promises almost as much building enjoyment as it does driving pleasure.
The car sold as a 50-page set of plans and comprehensive building instructions with the buyer responsible for the construction of every body panel save the radiator surround and windscreen scuttle which are supplied as GRP mouldings finished in grey primer gelcoat Surprisingly, though, to do justice to a car of this requires only the minimum of mechanical aptitude with possibly the hardest task being the lengthening of the Herald chassis by some five inches. The only other chassis mod is the resiting of the engine by reversing the standard mounts, and providing you can accomplish this, then the remainder of the build is a doddle all other
mechanical parts remain exactly as standard The body panels are cut from plywood and skinned in alloy sheet with the bonnet and rear panels formed from the same aluminium bent around a suitably curved object.

Headlamps, indicators, fenders, hood, windscreen and/or aero screens are all available from the manufacturer along with wheel adaptors for the TR6 wires and a special chassis to save modifying the Herald item.

In 1985, the Berretta supplemented the range. Unlike the Arrow, he had long-running front fenders and was available on request with its own steel frame. Burlington sold about 6000 plans for Arrow and Berretta. This resulted in about 600 vehicles.

Burlington sold between 1983 and 1992 about 500 plans to build the Chieftain, which led to about 150 vehicles. The chassis of Triumph Spitfire and Triumph Herald, which differed in wheelbase , stood for election. Then a body was assembled from the same materials as the other models. Visually, the finished vehicle resembled the Willys MB .

Quincy-Lynn Enterprises from the United States sold in the US about 80,000 plans to build the Quincy-Lynn. Burlington also offered plans for this model between 1985 and 1987. 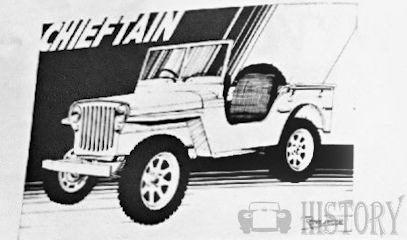