Automotive manufacturer of Great Britain from 1994 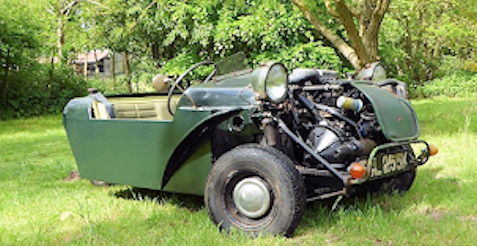 Brookwell was a British manufacturer of 3 wheel automobiles in the 1990s .

Mark Brook and Phil Wells founded the company in 1994. They started with the production of automobiles and kits . The brand name Brookwell was composed of their names. In the same year the production ended. In total, about four copies were created.

The only model was the Trifid  a unusual retro style for the 1990s and not a morgan 3 wheel copy. This was a open tricycle 3 wheel car with a rear single wheel. Many of the parts and the four-cylinder engine came from the Mini . The open two-seater body ended in front of the rear wheels to maximise space.
.