Automotive manufacturer of Lowestoft in Suffolk.Great Britain from 1902 to 1913. 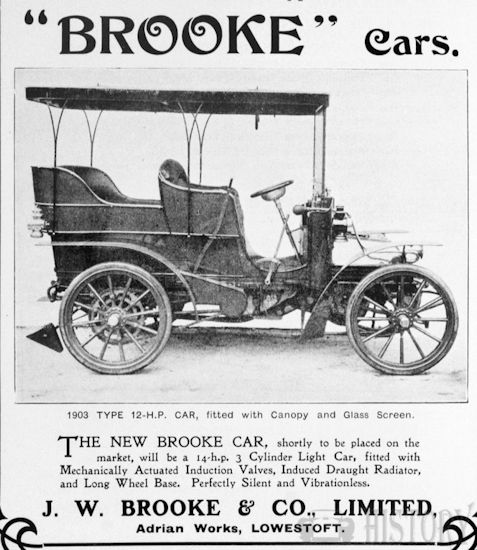 The JW Brooke & Company Ltd. was a British automaker in Lowestoft in Suffolk . There 1902 to 1913 luxury automobiles were manufactured.

The first, manufactured until 1904 Brooke models were equipped with transversely mounted three-cylinder inline engines. From 1905 they went to four-cylinder engines,with 5-20 hp the year after to six-cylinder engines with 25 h.p. All of these engines were side-controlled .Later engines had more HP from 35 to 40 hp.

The 1910 Brooke Swan Car, which was owned by the Maharaja of Nabha. was Manufactured by JW Brooke & Company, this is an resemblance of a Swan.This unusual motor car,  had a wooden body built by Savage of Kings Lynn,

Some strange features was the beak allowing drivier to spray hot steam on to the street ahead, and also valve at back of the car that released more water as if the swan was goin to the toilet. Inside operated by a keyboard  An exhaust-driven eight-tone horn was also fitted to pay diffent notes .Alot of the features Carved from wood. All features to help clear the route ahead form people or wild life. A very heavy car at 6,615 pounds . 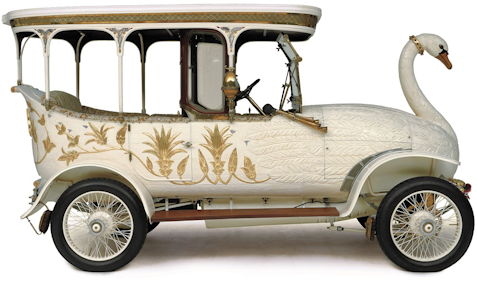